Amongst us aspex staff, this is now our favourite thing to say. Entitled Bill Burroughs Memorial Choir, Rob and Christine’s film uses ‘organic techniques of auditory disembodiment in search of the Burroughs voice.’

Rob and Christine have been working in collaboration for the past five years, exhibiting in Dublin, London, Paris and Nottingham. In this piece they focus on the spoken voice of the cult author William Burroughs, ‘which remains central to his posthumous persona, deliberately disembodied by audiotape ‘cut-ups’, loops, and overlays.’

The film has been made with the assistance of voice coach Christella Antoni, ‘whose daily medical practice is vocal gender-reallignment’ along with a number of volunteers who attempt to immitate Burroughs’ iconic voice, ‘in a mixture of seance, ventriloquism and Greek Chorus’. 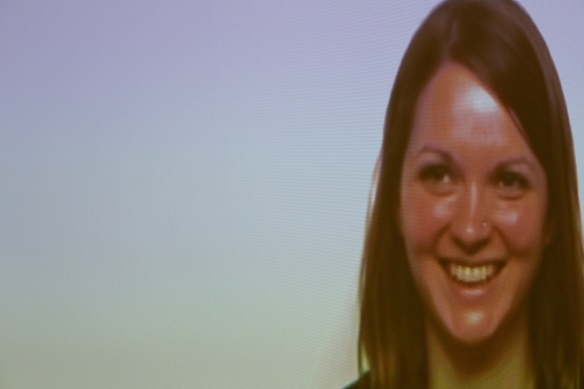